Suppose you have content element (module, section, etc) that you'd like hidden initially, to be later revealed by a click on the Show / Hide button. If that element has its CSS ID set to "my-show-hide-content", then you can configure a show / hide button to hide it initially like so: 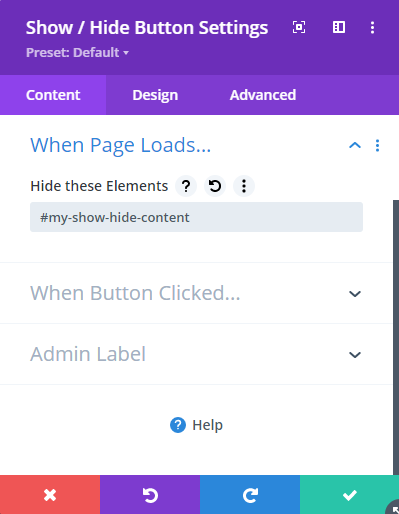 We only want to hide the element when it is not the target of an anchor link (so that it will be visible and scrolled to when it is the target). To do so, we can change the selector we use in the Show / Hide button settings to:

Now our module settings should look like the below, and anchor links should work for the element. 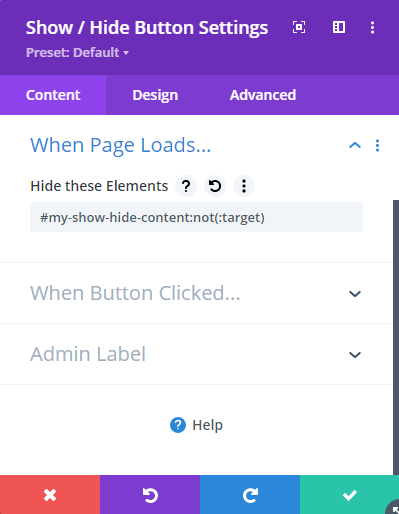